And the Oscar goes to… On the 24th of February we could see the ceremony of giving those honorable statues to honorable people.

But what’ve seen was dishonor of those who gives these statues away. Two weeks before this fest of  life (of Pi) and others, one of the greatest VFX studios “Rhytm and Hues” filled the bankruptcy papers. I’m not going to  write here why this happened, you can “google it” if interested. I just want to write here about the filming industry “high society” reaction to this. And by the reaction i mean : When during the thanks-speech of Bill Westenhofer who got the oscar for “Life of Pi” he started to mention work of Rtyhm and Hues on this project he was overwhelmed by the “Jaws” theme song and his microphone soon switched off. You can see video here. 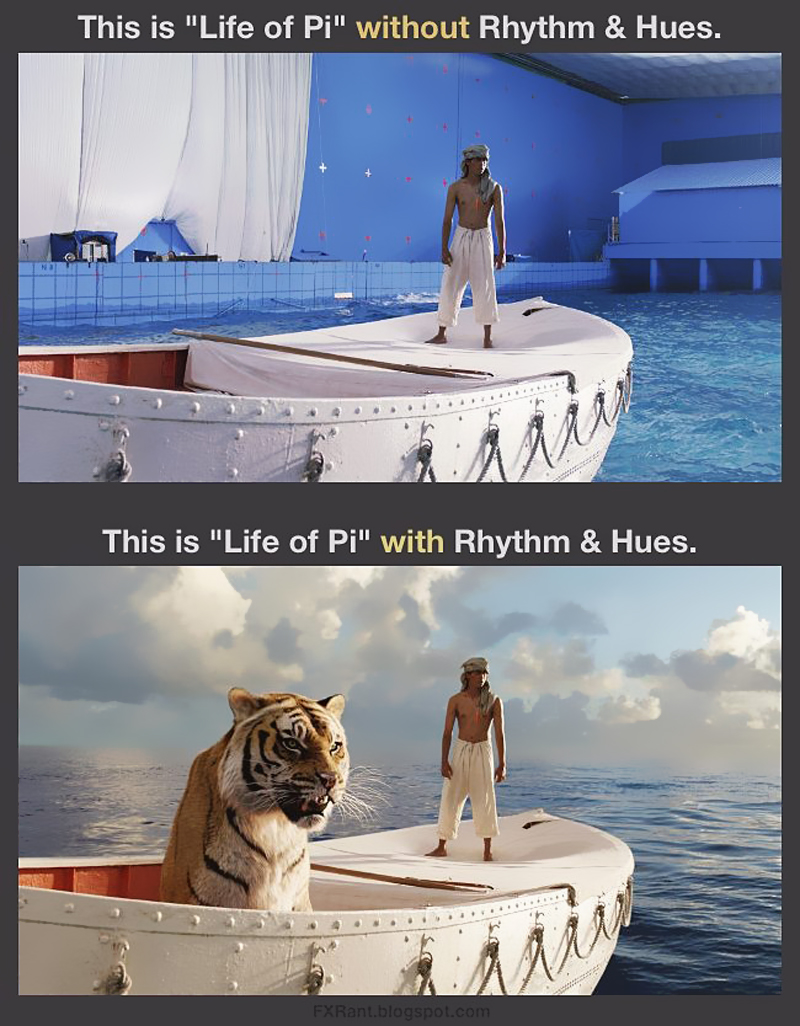 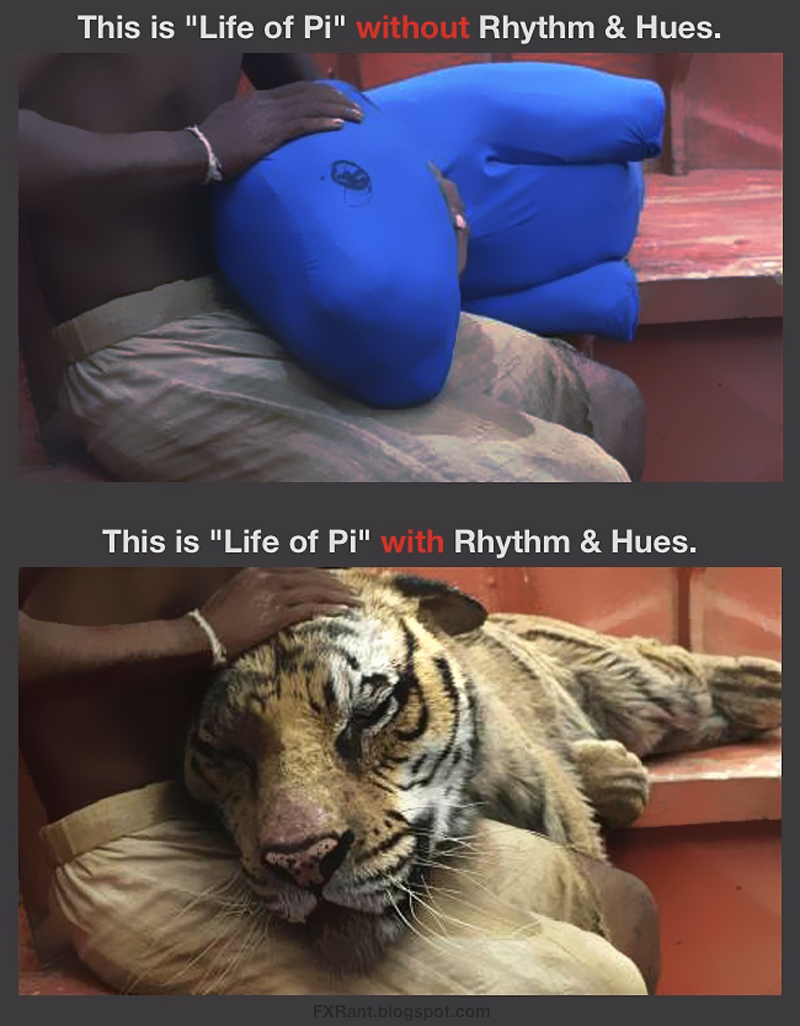 Now i just dont understand what are these companies like Paramount, Universal, 20Th Century Fox think of when they let such studios like R&H disappear. What, Lou Ferrigno is back for the next part of Hulk ? Or maybe the animatronics would be great in next Perce Jackson and 300 ? We can easely see how these films will look without VFX:

I’m not telling that without R&H the whole vfx industry going to die, it’s lost not only huge part of history but the future of it now in daze. We need as much studios as possible to give the best result for appropriate money, to give workplaces for artists and whos gonna start his own company if he sees that even such great company could fallapart without any support of filming industry. I hope that all the great artist left without a job after this should soon find a better place to work, but “there is no better place, then home” and for most of them R&H became a real home to live. Here you can see the retrospective of CG 199-2012 from the eyes of Rhytm and Hues. There is a group on facebook called VFX solidarity regarding this injustice. This movement grows and I hope that it will be heard. Last R&H demo reels. CadavrOfArt